The word campus directly refers to a specific spatial dimension: vast green spaces in which one finds a group of buildings with different functions, under the common matrix of the trans- mission of knowledge and teaching. According to this definition, the campus appears as a structure offering infinite configuration possibilities, a true model adaptable according to different requirements. Cyrille Weiner’s images, which punctuate the book’s contents, attempt to visually define this territorial dimension by focusing attention on a concrete example: the Jouy-en-Josas site of the École des Hautes Études Commerciales (HEC). The images underline the evolution of lifestyles on the university campus, by focusing on Jouy- en-Josas as a French paradigm. HEC is indeed one of the French institutions at the forefront of experimentation with informal teaching models allowed by the campus’ organization. Chris- tian Hottin’s text, enriched with historical images, clearly explains how, from 1958 onwards, HEC chose to leave the perimeter of intramuros Paris in search of a teaching opportunity more in tune with modern forms of learning.

Sixty years later, René-André Coulon’s campus lifestyle requires renovations and inno- vations. The student residence, in its modernist sense of “Existenz minimum”, becomes the object of a new experiment, implemented by Martin Duplantier, former student of this school and demiurge architect of an experiment on student housing on the Jouy-en-Josas campus.

The conversation between Martin Duplantier and Virginie Picon-Lefebvre recreates the gene- sis, design and creation of the student residence project. The words of Peter Todd, Managing Director of HEC, reinforce the spatial discourse developed by the architect. Next, the reading and critique of the concept of campus by Francesco Zuddas makes this French experience dialogue with other case studies from a broader historical and social perspective.
Finally, David Chipperfield questions how architecture can become a model to elaborate of future teaching, considering the ambition of this work is to take the HEC campus as a pre- text to propose a broader reflection on the contemporary conception of study and work spaces. 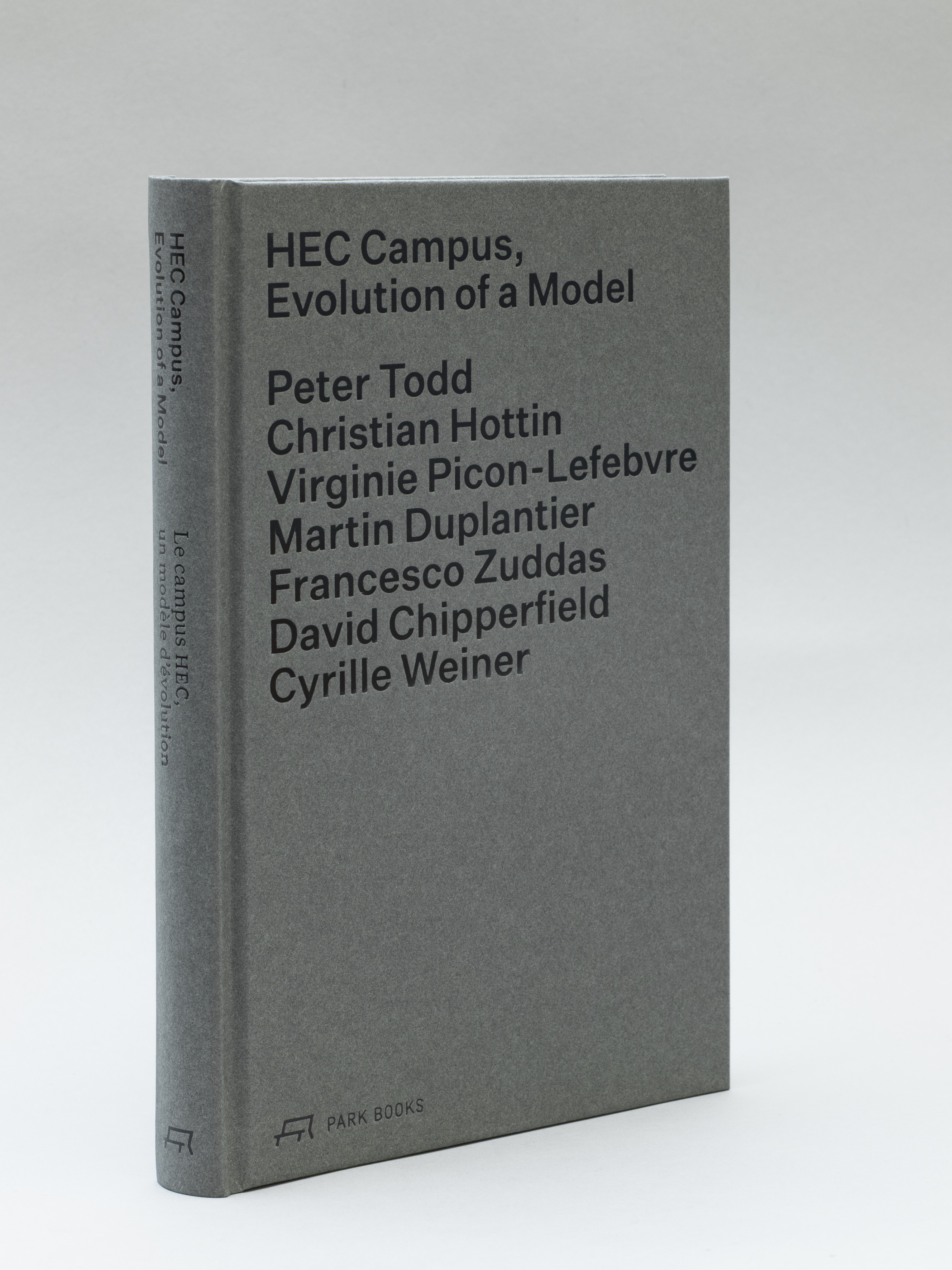 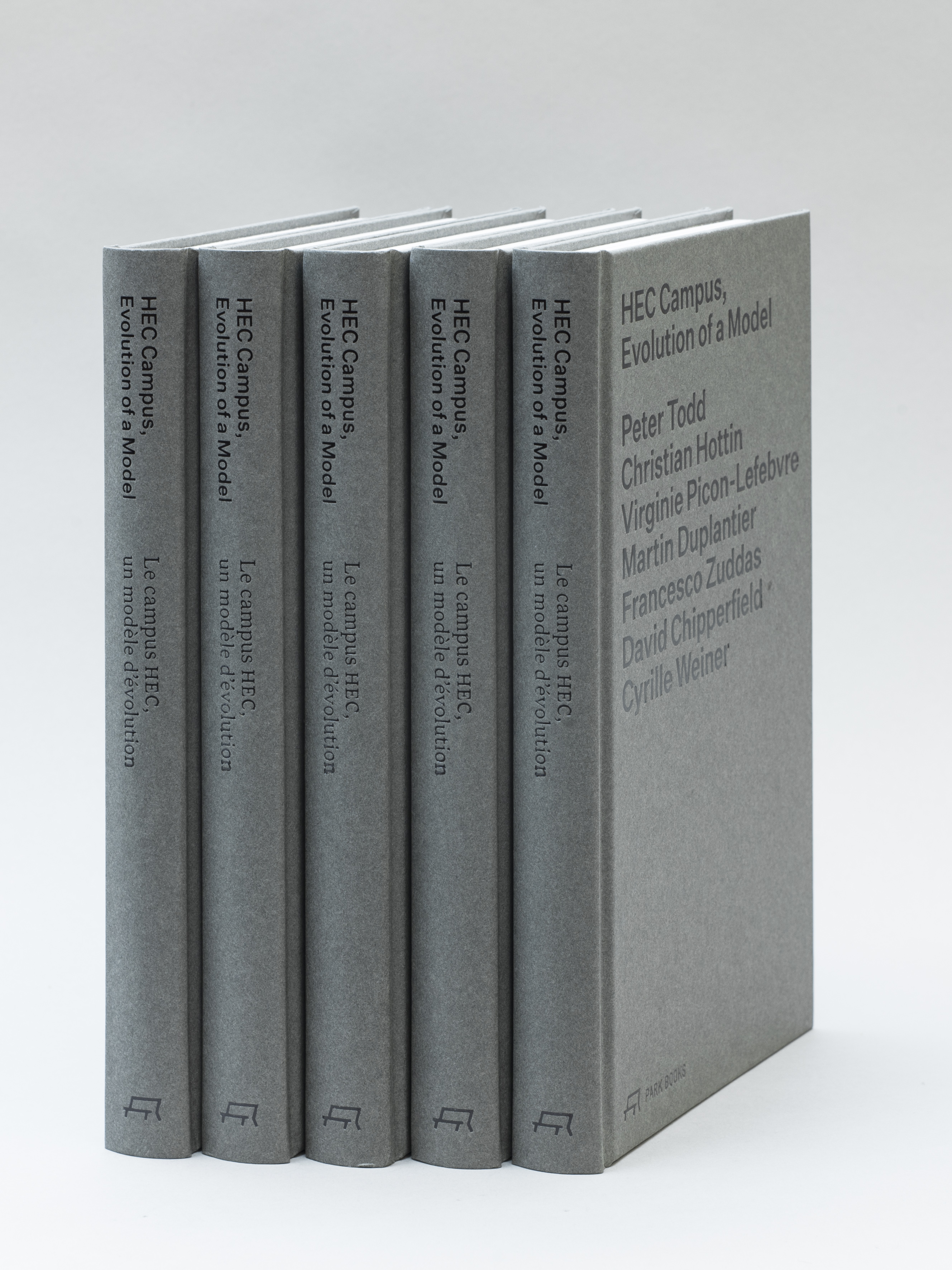 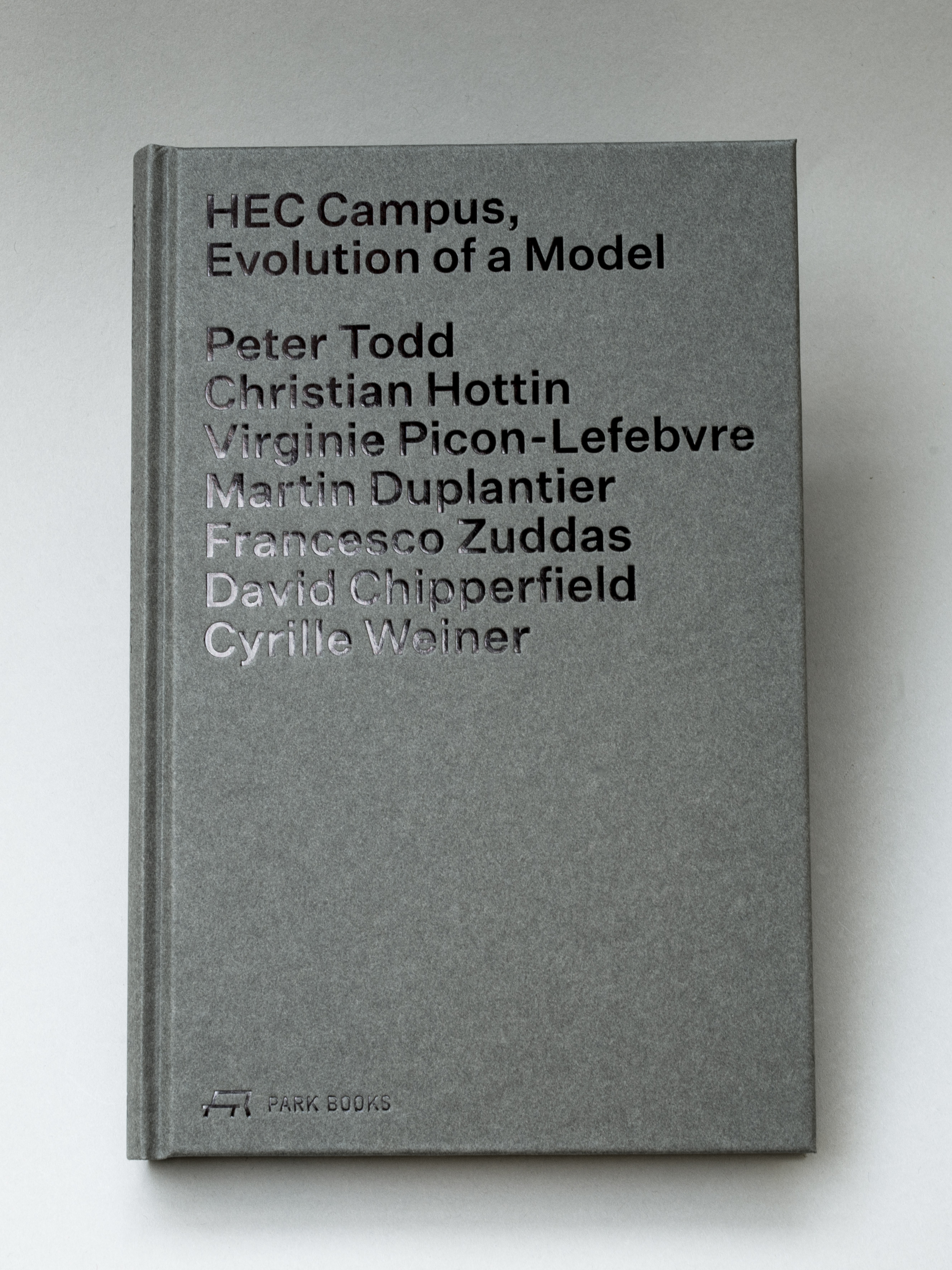 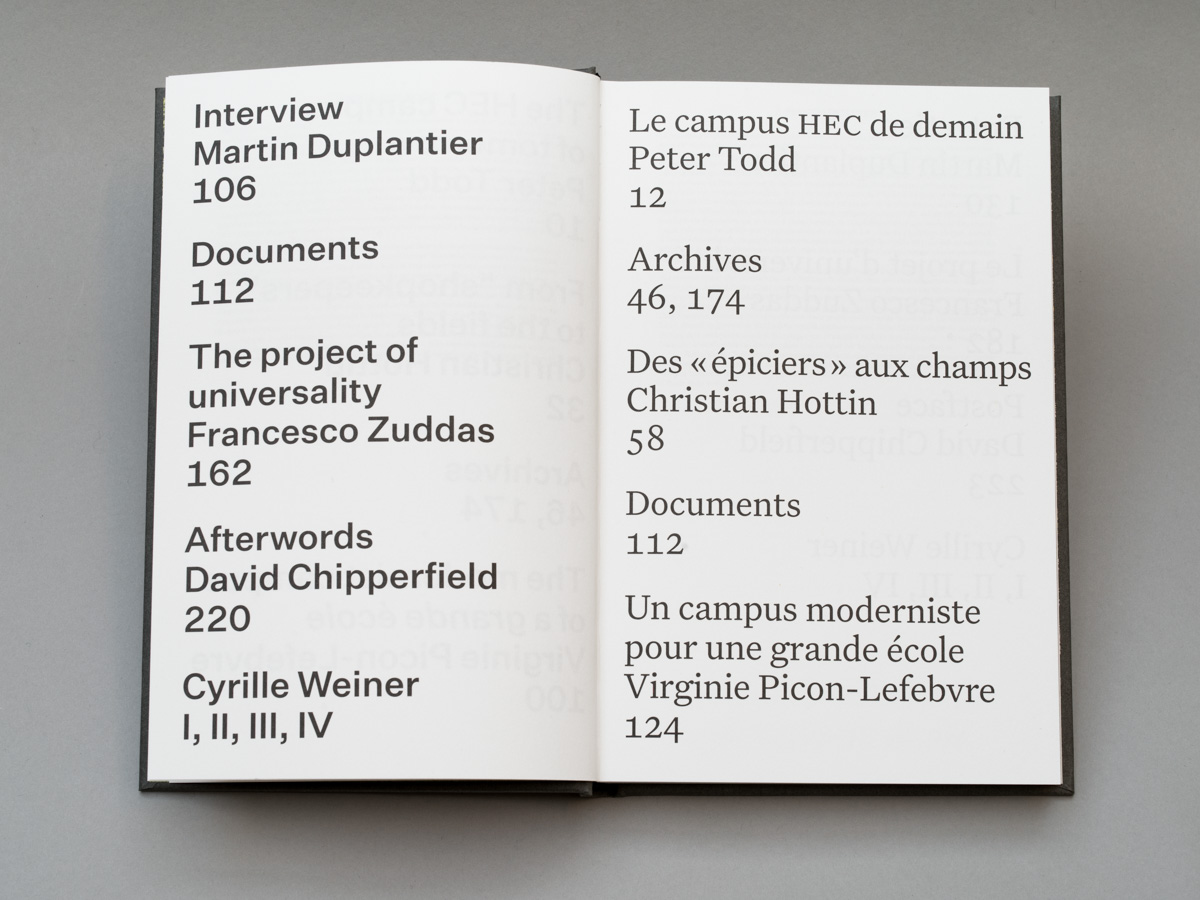 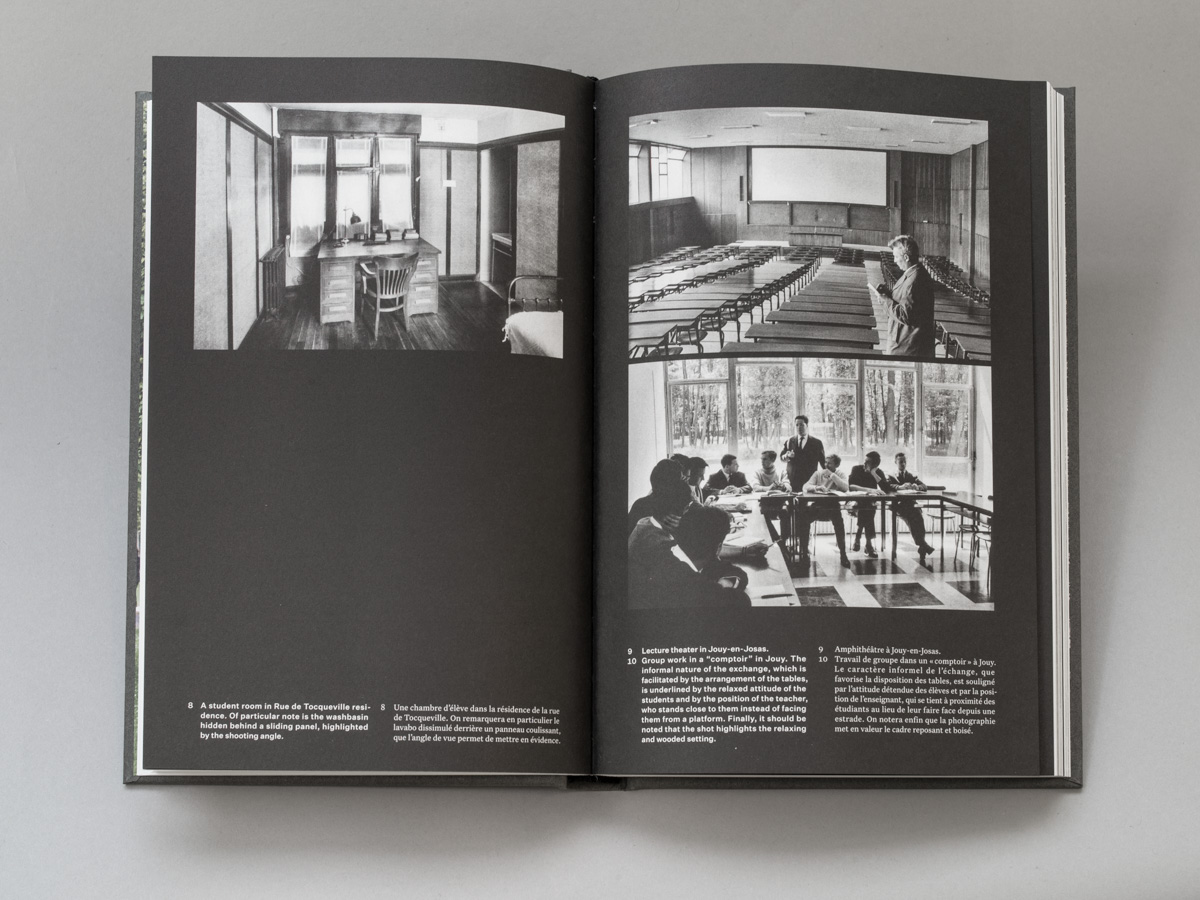 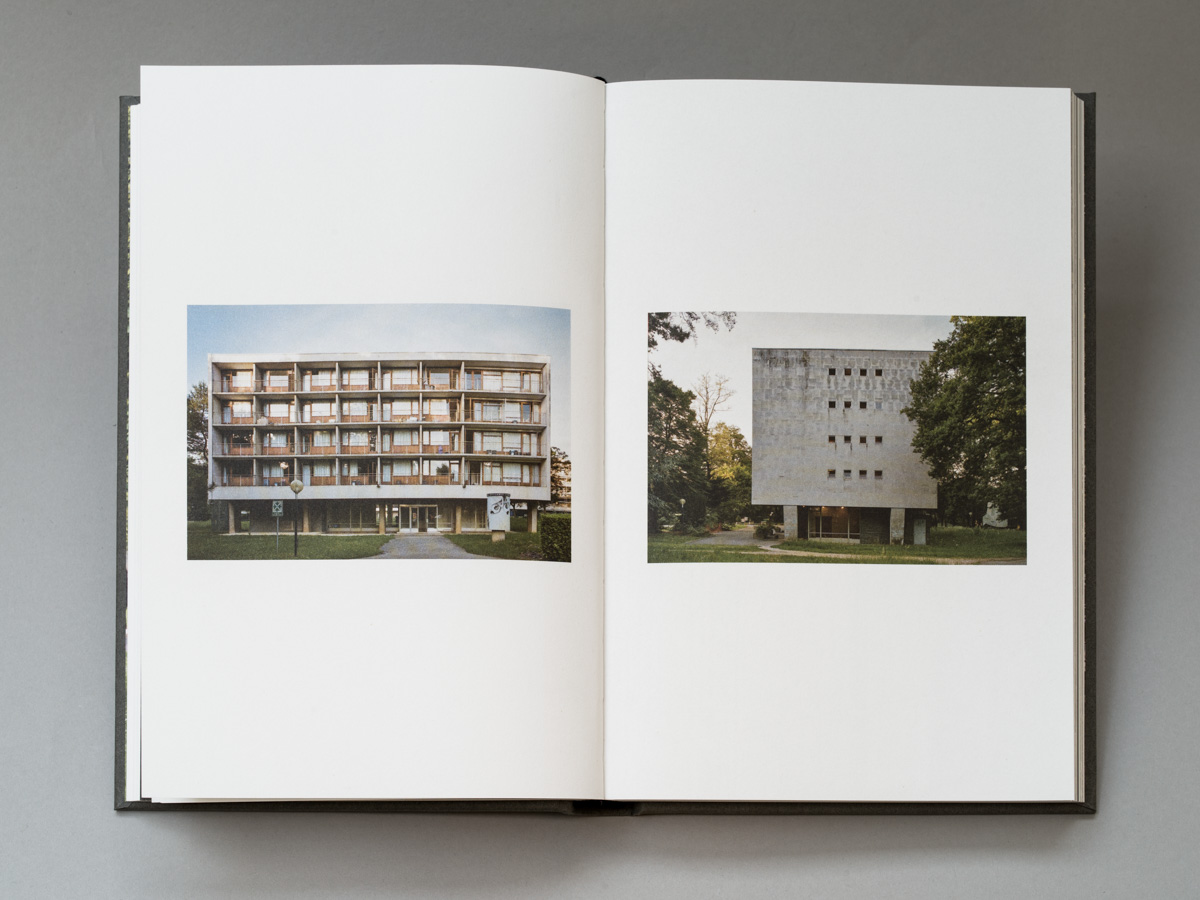 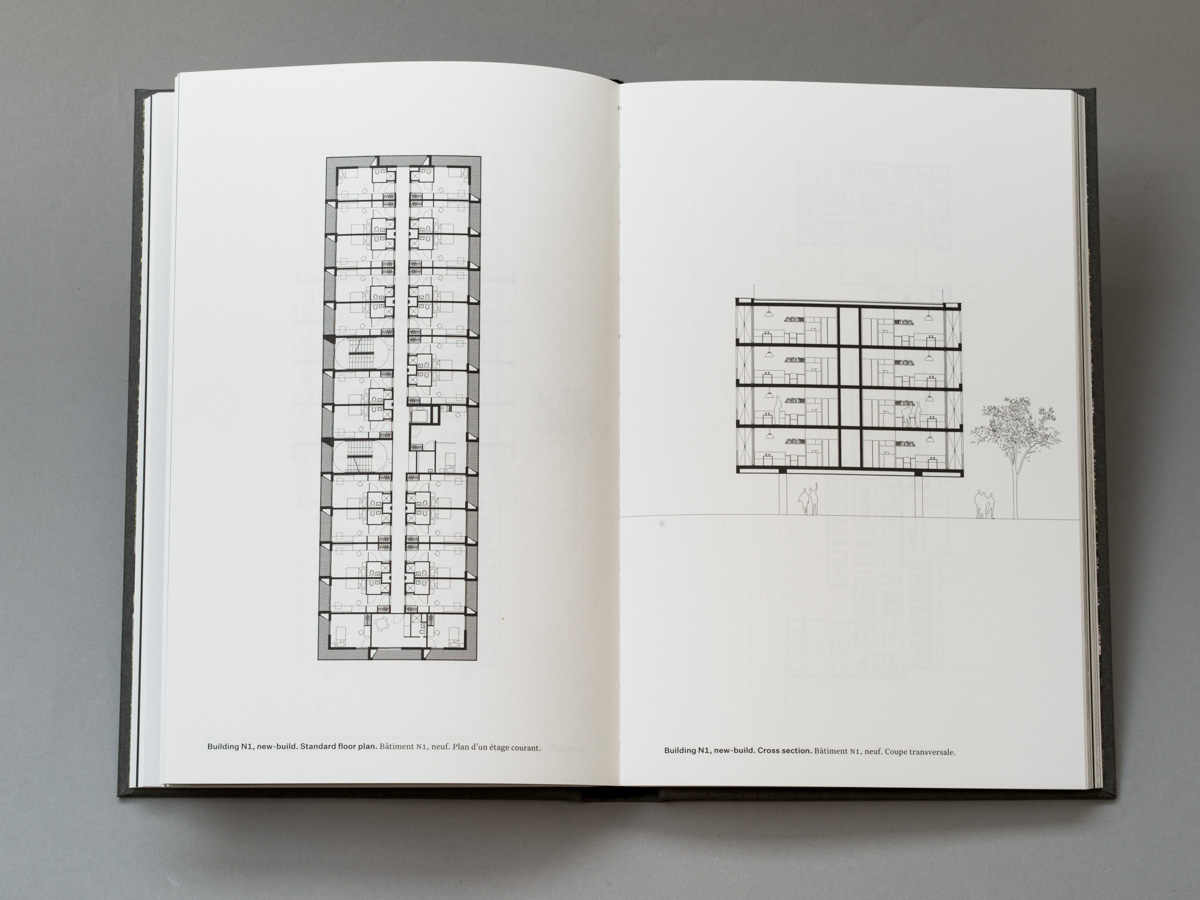 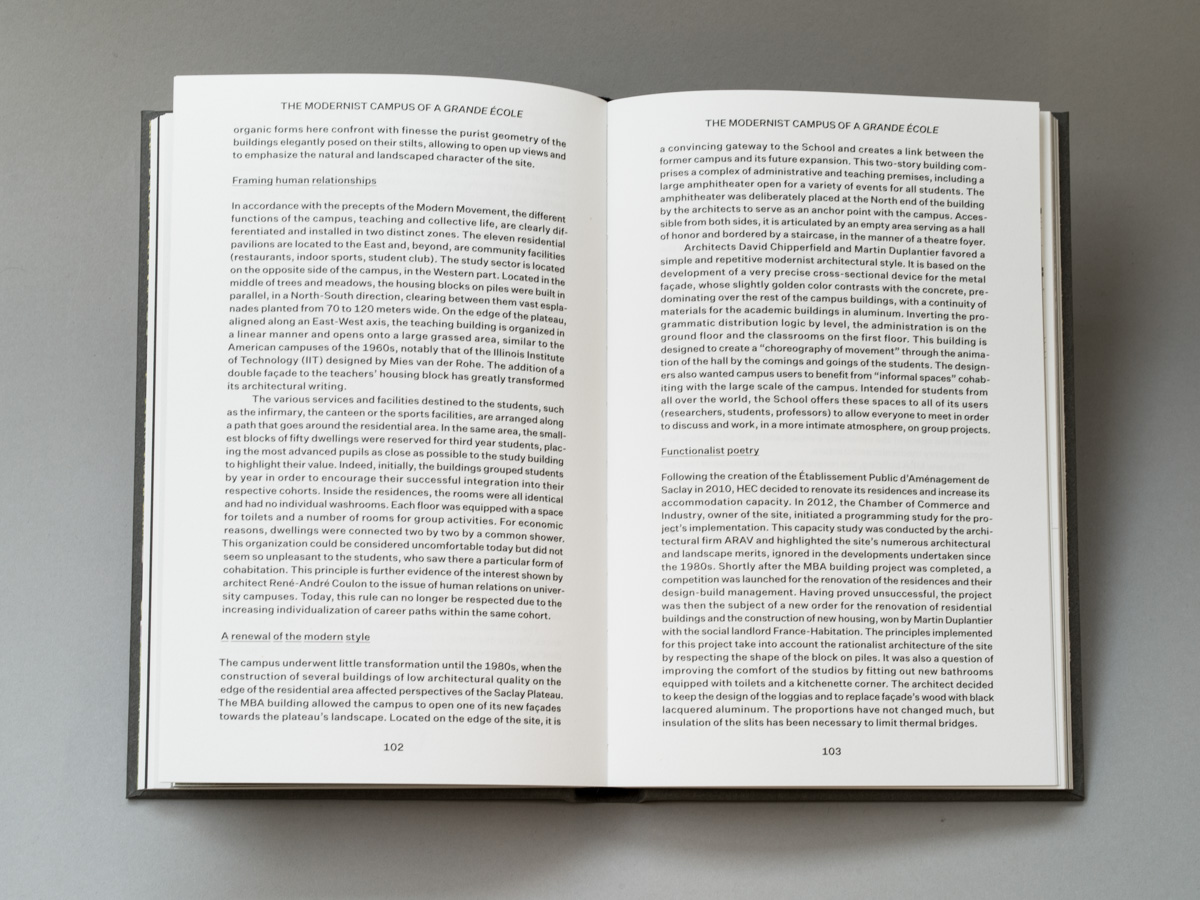 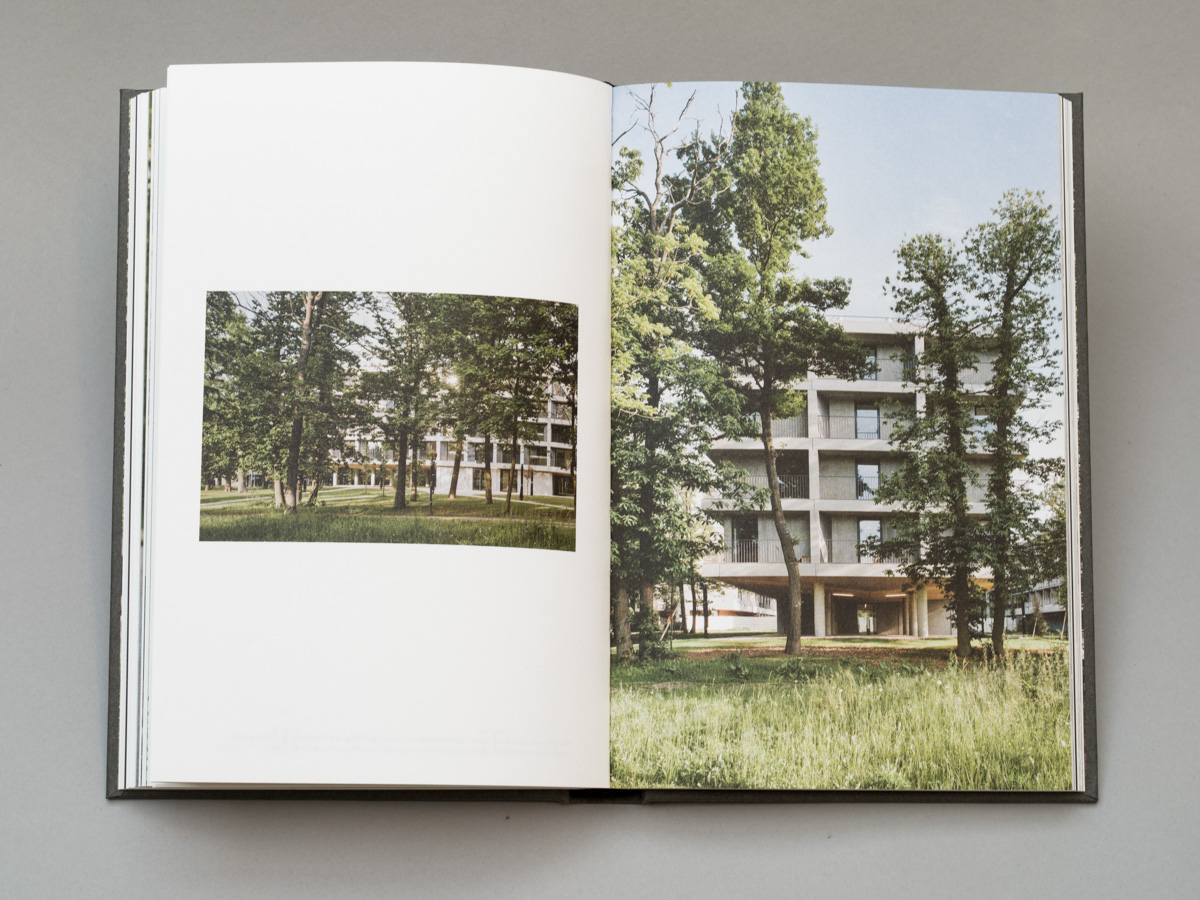 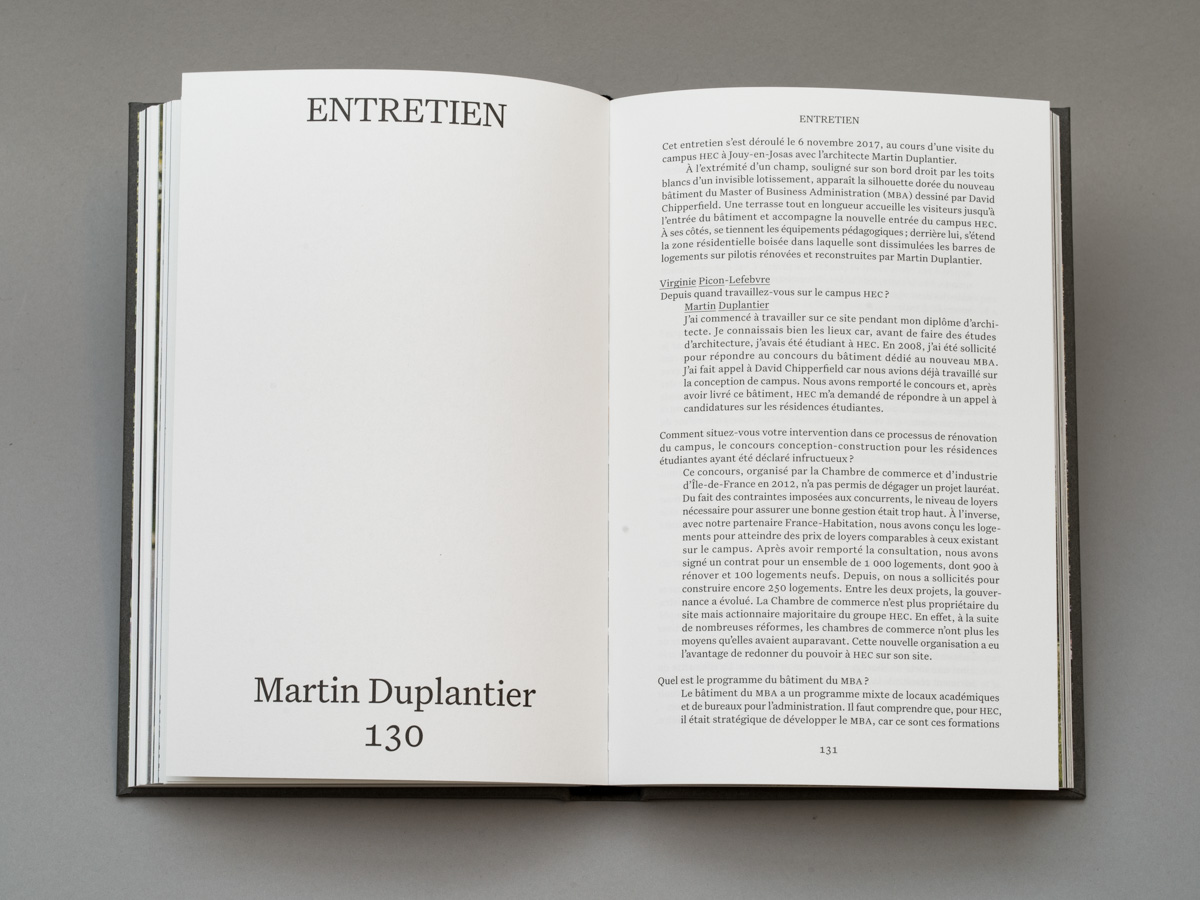 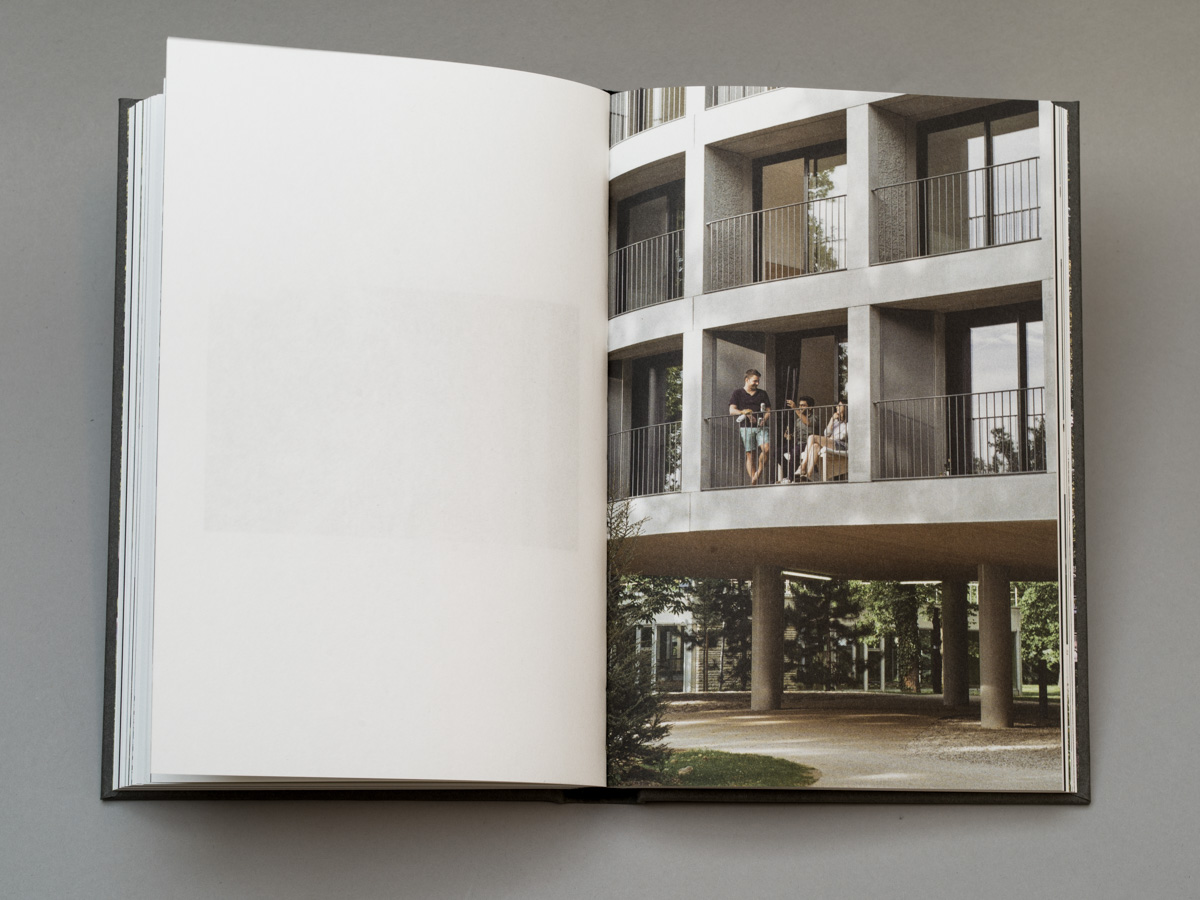 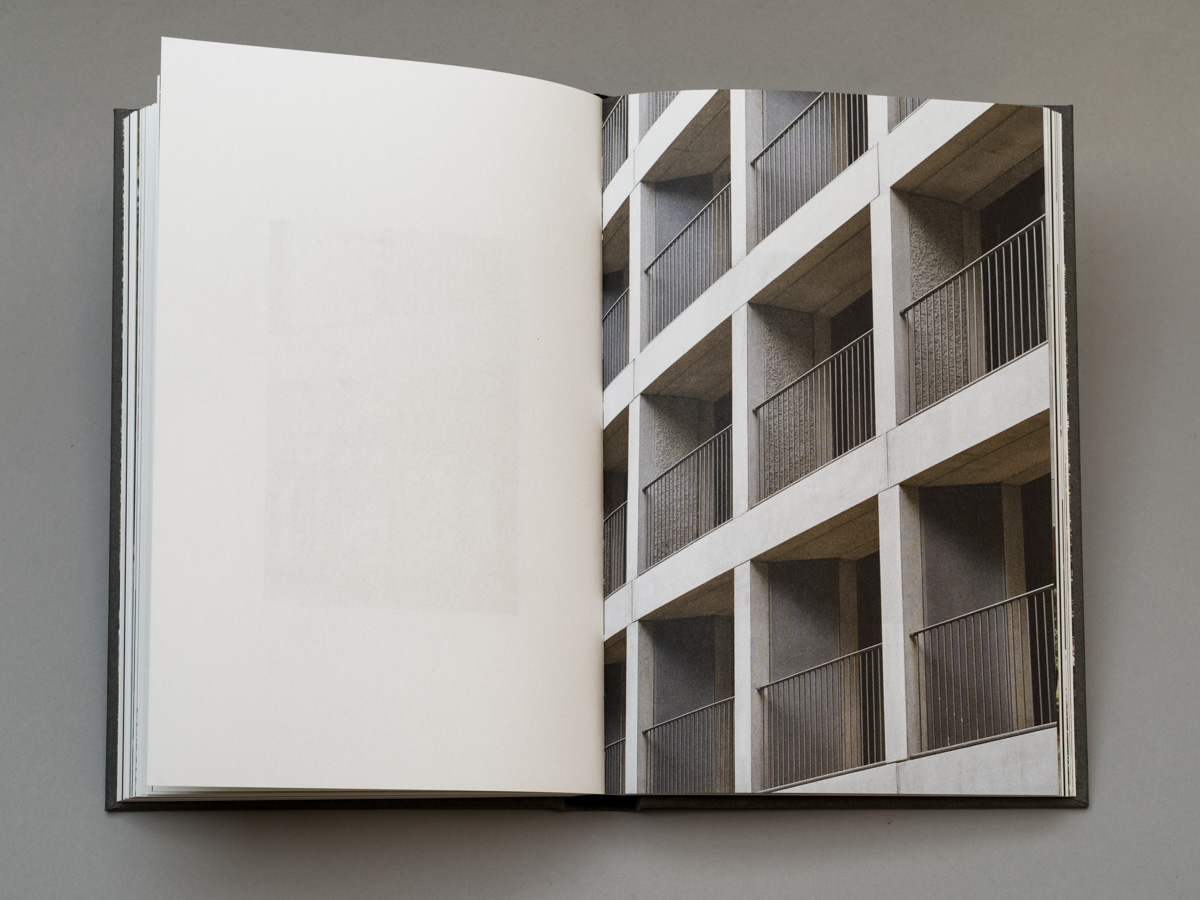 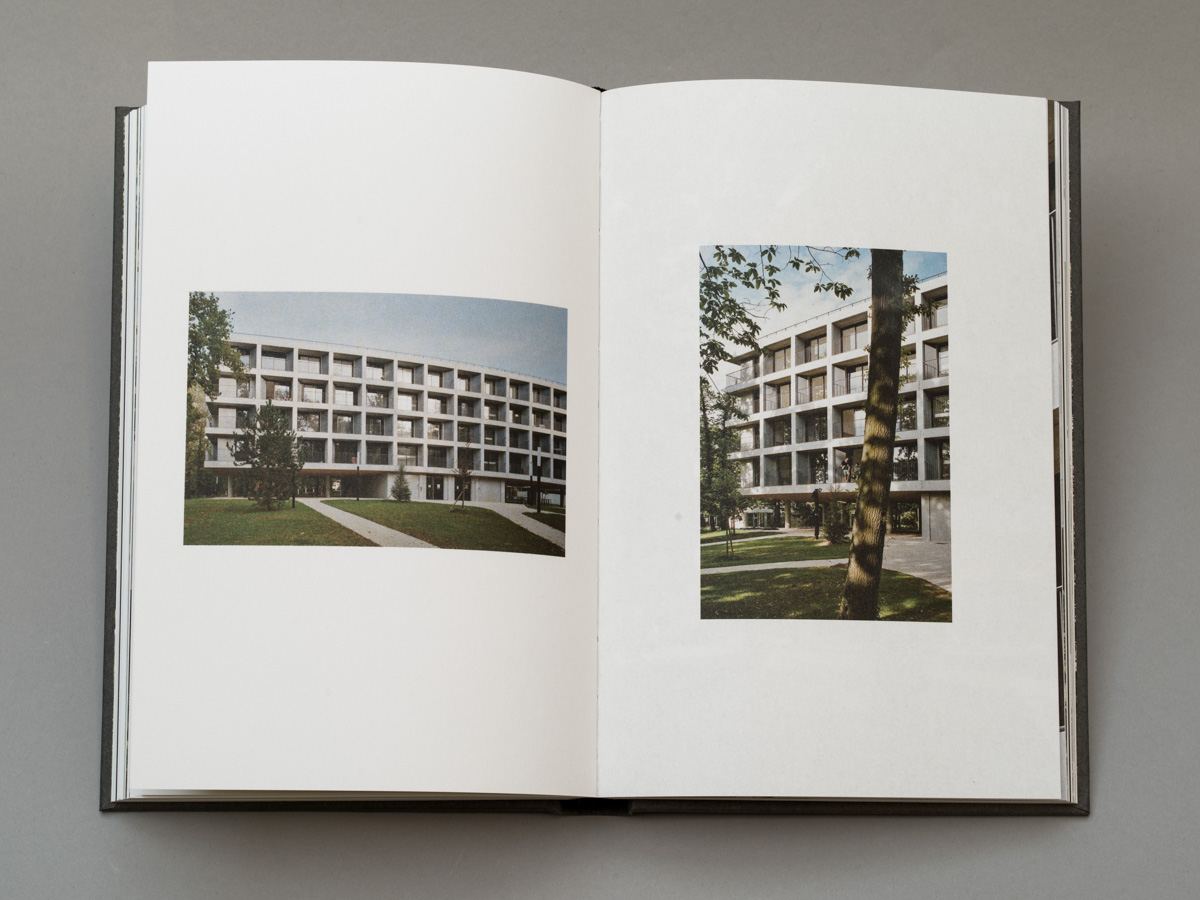